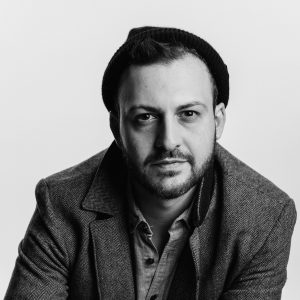 Nicolas Benacerraf is a scholar and practitioner of live performance. His dissertation research exposes the twin histories of Public Relations and political theatre, both of which emerged after the first World War in hopes of manipulating society on a mass scale. Given that no single discipline has created an efficacious analysis of PR, Nicolas is working to bring the studies of theatre and performance into conversation with others across the humanities and social sciences, to name and dismantle its covert influence on our everyday lives.

In 2020 Nicolas co-founded [ [ edge effect ] ] Media Group to further this transdisciplinary work, bringing together artists and scholars, inside and outside the theatre, in search of building a common critique of PR power, as well as a deconstructive toolkit. This work is supported by a three-year Mellon Foundation Public Humanities Fellowship from the PublicsLab and is considered an extension of his scholarship.

For over a decade Nicolas served as co-Artistic Director of The Assembly, a collective dedicated to building slow-cooked works about pressing social issues, whose work he still supports in multiple ways (www.assemblytheater.org/). Trained as a facilitator, Nicolas has spent years building and refining processes for collective creation, joining together scholars, designers, playwrights, technicians, and performers.

His award-winning work as a scenographer combines design, leadership, and dramaturgy, often in uncommon configurations. It has brought him into collaboration with Judith Malina (The Living Theatre), Trusty Sidekick (Lincoln Center), Waterwell (Under the Radar Festival), Lars Jan (Center for New Performance), Baba Israel (BAM), Meiyin Wang (La MaMa), Kristin Marting (HERE) and Goat in the Road (New Orleans). He has assisted luminaries such as Richard Foreman and Mimi Lien. For Nic’s scenographic work, visit http://www.nicbenacerraf.com/.

As a founding member of the program’s Committee on Anti-Racism, Nicolas is committed to decentering whiteness and building abolitionist spaces within higher education and the arts.