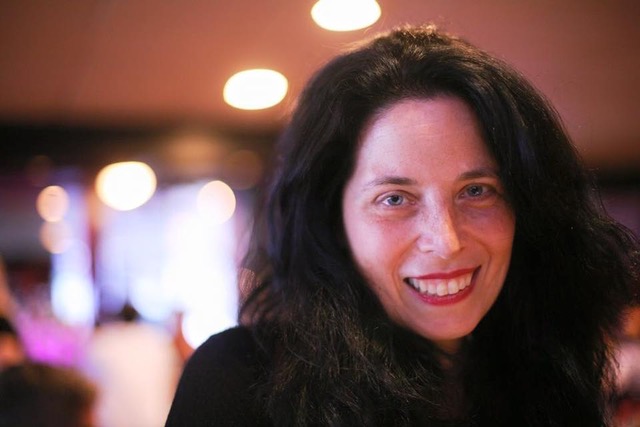 Elyse Singer is a Ph.D. Candidate in Theatre and Performance, with a Film Studies Certificate, at The Graduate Center, CUNY. Her dissertation examines methods for performing female madness across media circa 1900.

Recipient of the 2020 Helen Krich Chinoy Dissertation Fellowship and a 2020-21 Huntington Fellowship, Singer received the 2019 SCMS Women’s Caucus Graduate Student Writing Prize and the Special Commendation, 2018 Domitor Student Essay Contest. Her work has been published in Feminist Media Histories, PAJ: A Journal of Performance and Art, and Studies in Musical Theatre. Her essay “Mad Faces” will be featured in the upcoming anthology Face Forward, edited by Alice Maurice (Edinburgh U. Press).

Singer currently teaches at New York University’s Tisch School Department of Dramatic Writing, in the Screen Studies M.A. program at the Feirstein Graduate Cinema School (Brooklyn College, CUNY), and in the Theatre and Speech Department at City College (CUNY). She was a 2020-21 Writing Fellow at York College and served previously as a fellow at LaGuardia Community College. She is scheduled to teach American Film at LGCC in Spring 2022.

A director/writer/producer, Singer is the Founding Artistic Director of the OBIE-winning theatre company Hourglass Group, best known for producing the first major revival of Mae West’s 1926 play SEX. Recent collaborations include Half & Half with Derek Bermel and Nate Smith, and Ana Bayat’s Mimi’s Suitcase in San Francisco and the 2021 Edinburgh Festival Fringe (Assembly Festival). Her play Frequency Hopping won the International STAGE Playwriting Competition, ran at 3LD, and was featured in Bombshell, the recent American Masters program about Hedy Lamarr. She served on the Board of the League of Professional Theatre Women and on grant panels for A.R.T./New York. She is a New York Theatre Workshop Usual Suspect, inaugural member of the Lincoln Center Theater Directors Lab, New Georges Affiliated Artist, alum of the Orchard Project and the Drama League, and recipient of a Yaddo Fellowship.

In association with the Graduate Center’s Public Programs, she produced the DTSA’s 2017 Edwin Booth Awards honoring Taylor Mac. She was the Consulting Research Lead for the 2020 Mae West Documentary Project, a project of the CUNY Center for the Humanities. Currently, she serves as the student representation to the CUNY Film Studies Program and also as co-director of the Cinema Studies Group.

Singer received her M.A. in Theater from Hunter College and B.A. in American Studies (Literature and Film) from Yale.