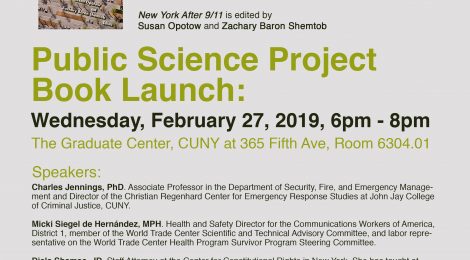 You are warmly invited to attend a book launch for New York After 9/11, book co-edited by Susan Opotow and Zach Shemtob.

Hope to see you there! 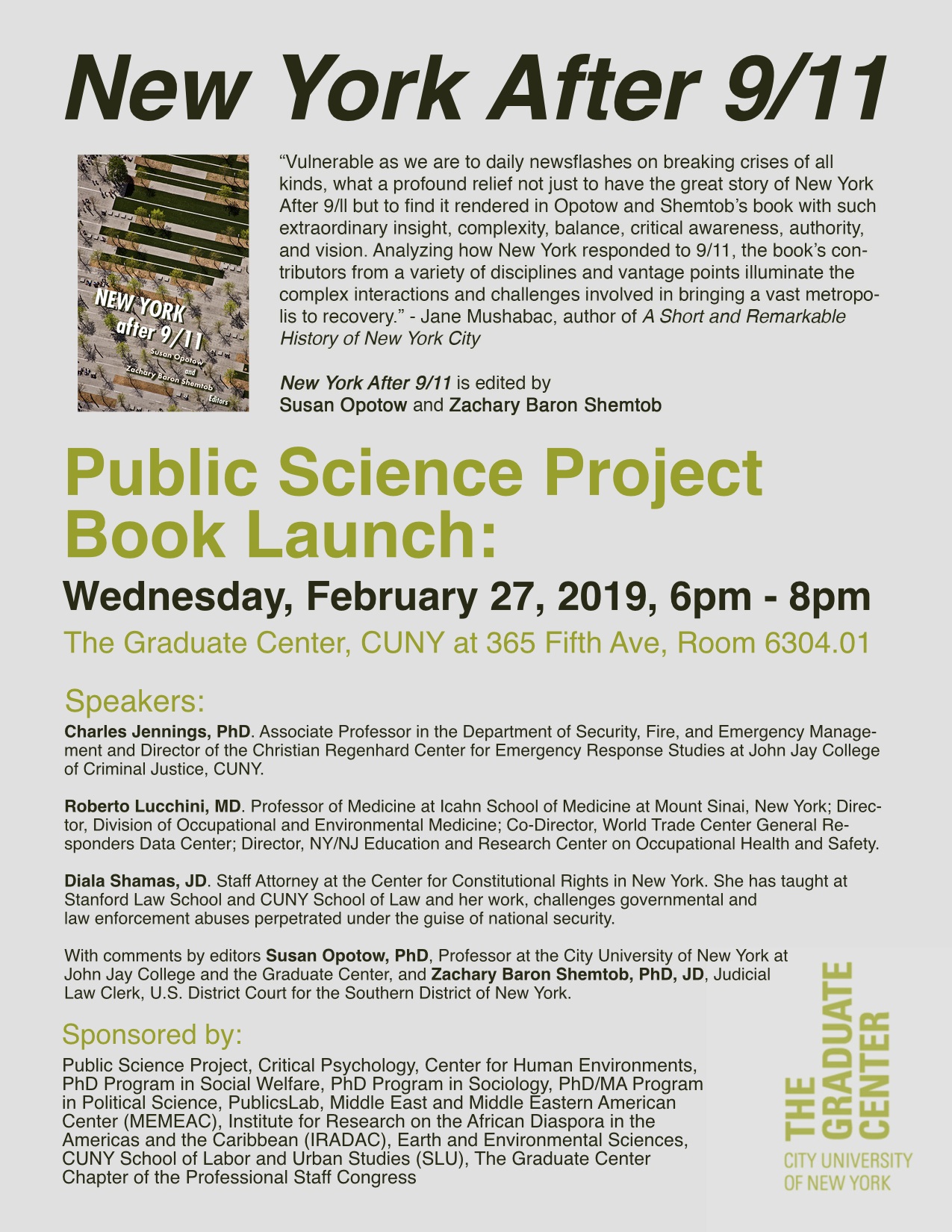 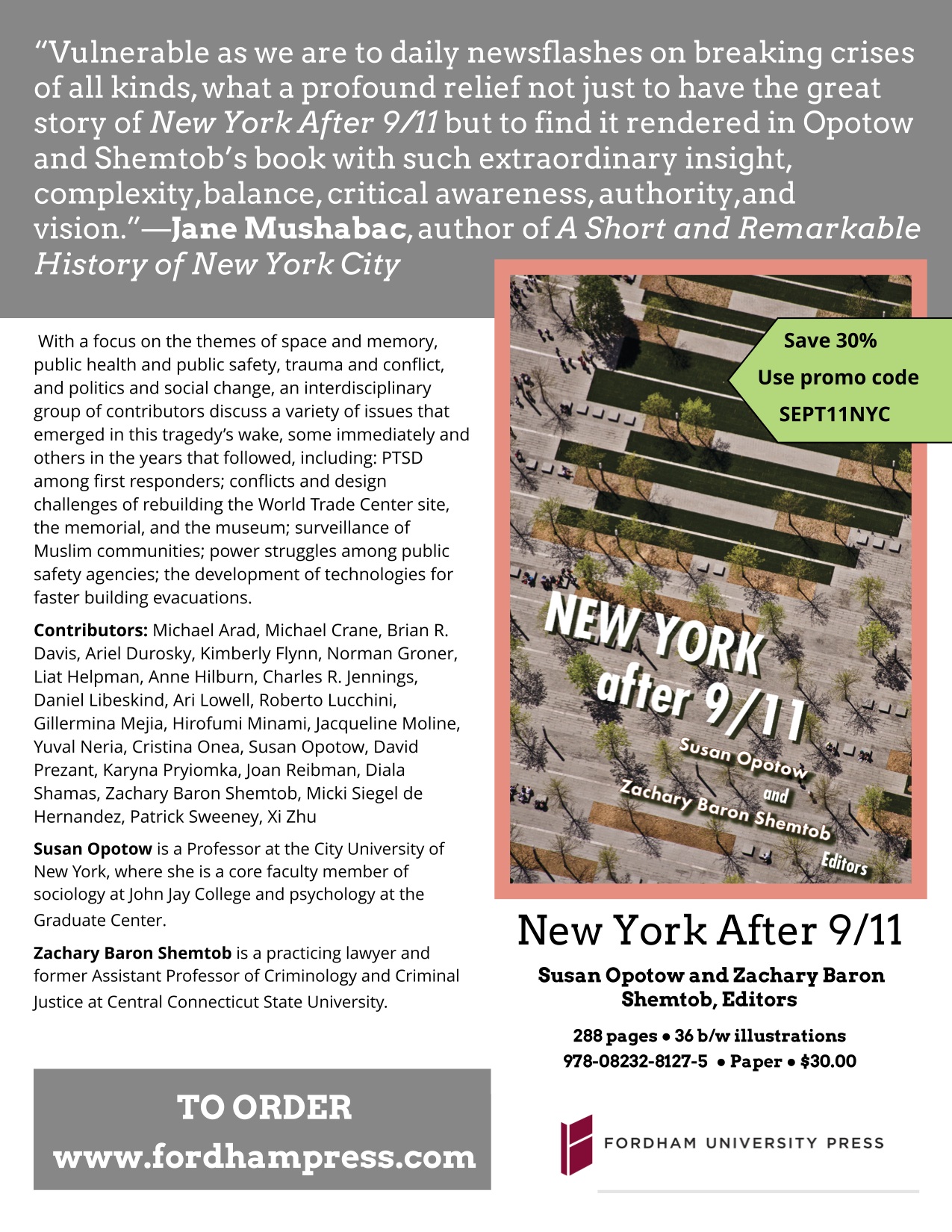 New York After 9/11 illuminates the long-term challenges New York City faced after the horrifying September 11, 2001 attacks on the World Trade Center’s Twin Towers. Focusing on public health and public safety, trauma and conflict, space and memory, and politics and social change, the book’s chapters reveal that recovery from 2001 to 2018 was complex, multivalent, and remains ongoing.

The book’s eleven chapters are written by experts in psychology, public safety, law, medicine, health, and architecture. They describe and analyze the many complications that emerged early and later in 9/11’s wake. These include PTSD among first responders; surveillance of Muslim communities; design and construction challenges of the World Trade Center site, the memorial, and the museum; power struggles among public safety agencies; the development of elevator technologies for faster building evacuations; and the emergence of chronic illnesses and fatalities affecting first responders and people who lived, worked, and attended school in the vicinity of the 9/11 site, a health issue that continues to plague those affected today. A chapter on two Ground Zeros – in Hiroshima and in New York – elucidates the fraught process of meaning-making, rebuilding, and healing after traumatic loss.

New York After 9/11 contributes incisive histories of people’s experiences in key spheres of urban life and caveats that can inform disaster preparedness for the future. Written to document and clarify the many issues that emerged for both people and place after a disastrous attack, the book is available on the publisher’s website (flyer with discount coupon attached below) and on Amazon.