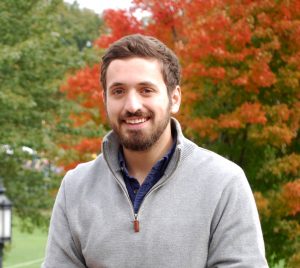 Evan Turiano is a History Ph.D. Candidate at the Graduate Center, CUNY, under the advisement of Dr. James Oakes. He’s taught United States History at Queens College, CUNY since 2017.

His research examines slave flight, the politics of race and citizenship in the antebellum United States, and the coming of the Civil War. Turiano has presented research at numerous academic conferences, including the annual meetings of the Organization of American Historians and the Society for Historians of the Early American Republic. He has received fellowships from the City University of New York, the Colonial Dames of America, and the Pi Gamma Mu Honor Society. His writing has appeared in Muster: A Blog of the Journal of the Civil War Era, The Activist History Review, and elsewhere.

Turiano received his M.A. in History from the Graduate Center, CUNY, and his B.A. in American Studies from Trinity College. He lives in Queens, NY.