They Are Killing Us – Film Screening and Discussion 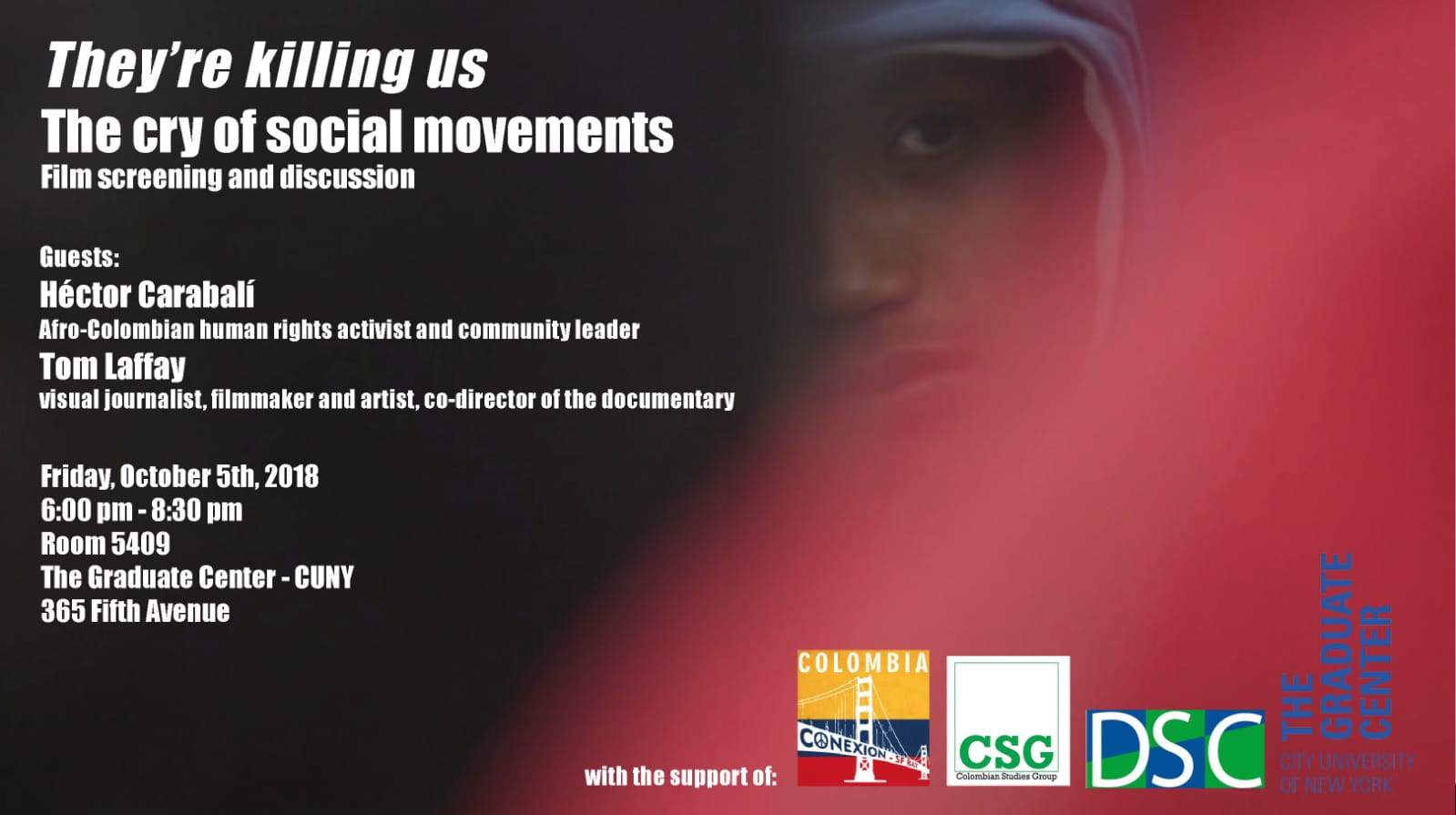 Nos están matando  – “They’re killing us” –  has become the cry of social movements across the country. The former head of Colombia’s victims’ unit described it as a ‘massacre in slow motion’ – referring to the 200 plus community leaders murdered since peace was signed in 2016. Activists are being targeted with impunity in the interests of territorial control, illegal mining and illicit crop cultivation.

Our film takes us to the department of Cauca, which bears a disproportionate share of that violence. For a year we followed two threatened human right defenders: Feliciano Valencia, an Indigenous Nasa community leader fighting for land rights and Héctor Marino, an Afro Descendent community leader trying to set up a community self-protection group – the Cimarron Guard.