You are browsing the site archives by month. 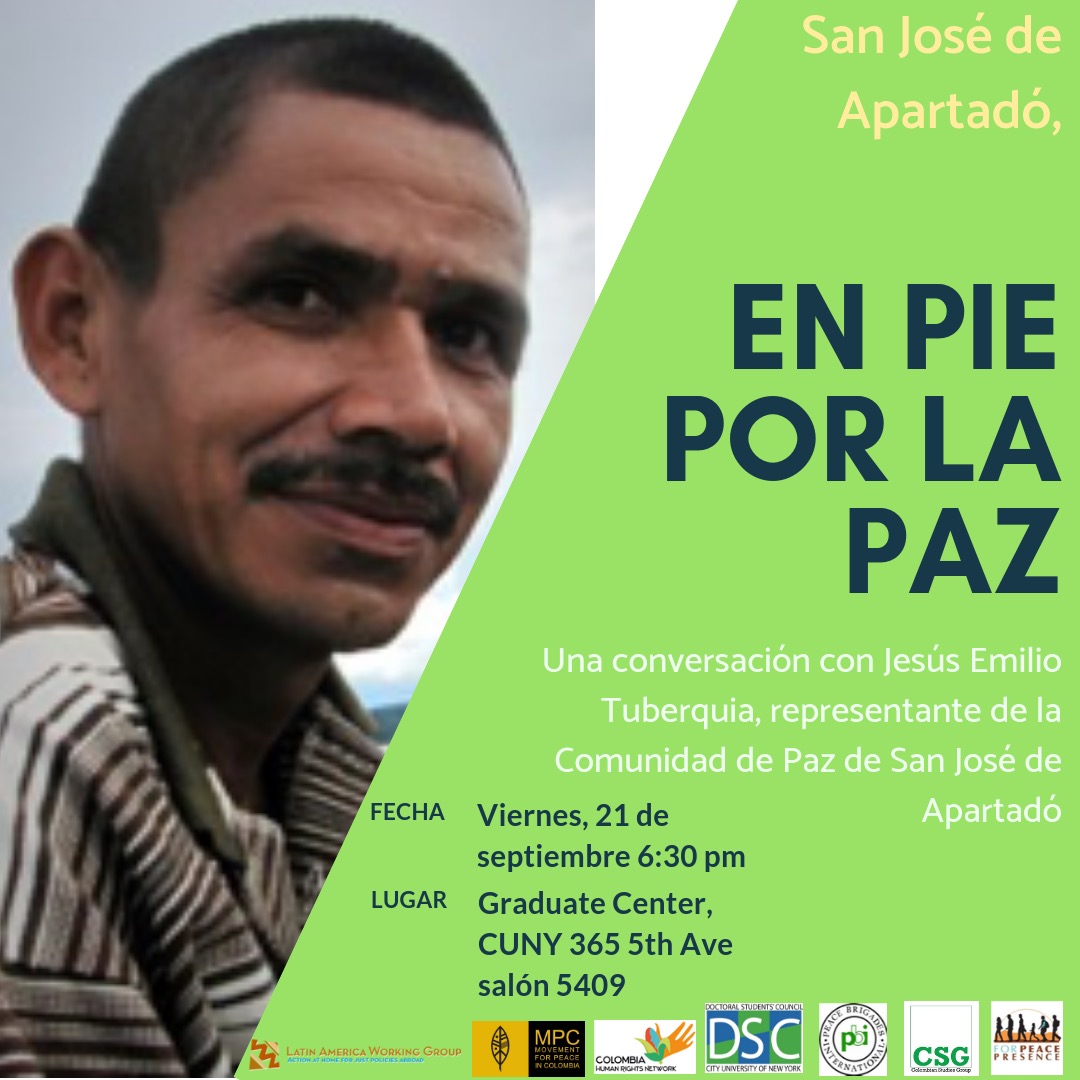 Jesús Emilio Tuberquia is the former “Legal Representative” of the Peace Community of San José de Apartadó, located in northwest Colombia. In 1997 500 small-scale farmers founded the “Peace Community” after mass displacements throughout San Jose de Apartadó. They founded their community on principals of International Humanitarian Law, including the neutrality of the civil population to the armed conflict, a fierce commitment to non-violence, and collective work. Despite the Peace Agreement signed in 2016 between the Colombian government and the FARC, the Peace Community continues to be threatened by successor groups to paramilitaries. These threats include the assassination attempt of the current legal representative German Graciano Posso on December 29, 2017.

The purpose of Mr. Tuberquia’s visit to Washington DC is to raise awareness of threats paramilitary groups pose- to the Peace Community of San José de Apartadó in particular, and the civil population of Urabá more generally. They have seen a growth in paramilitary power despite the implementation of the Peace Agreement with that FARC in 2016. Peace Colombia aid package, as approved by the U.S Congress, includes language that demands careful scrutiny from the U.S to ensure that funds are used correctly. This includes that the Colombian Government takes effective action towards protecting human rights defenders and social leaders throughout the country. The Peace Community of San José de Apartadó urges U.S. Congress members to use these means to impel the Colombian Government to take serious action to dismantle paramilitary groups threatening communities.

This talk will be held in Spanish.