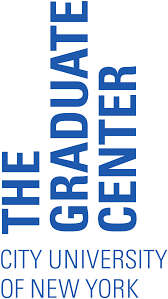 Virtue, Cicero argues, seeks no other reward for its labors and dangers beyond that of praise and glory. From the earliest days of the ancient Mediterranean, the pursuit of honor and avoidance of shame have shaped societies’ value systems. Achilles wages war according to a strict honor code, while Hesiod’s personified goddess, Shame, is the last to depart the earth as a rebuke of humanity’s wickedness. Far from belonging to the static code belonging to an aristocratic warrior class, as was once understood, honor and shame are increasingly seen as part of a complex and poly valent ethical system. They manifest themselves not only in the heroic self-assertion of ancient epic but also in a variety of other arenas, such as, for example, philosophical treatises,
gender relations and sexual mores, the lives of enslaved peoples, Athenian law and politics, the performance of Roman state identity, and religious belief. Thus, they are pervasive throughout literature, thought, and society in the ancient world.

Our graduate conference seeks better to understand honor and shame in antiquity. As Douglas Cairns and Mirko Canevaro note, ‘honor’ may seem an outdated notion. However, the modern world is rife with conflict over it, whether it be in the form of shaming on social media, the poisonous nationalism of white supremacy, or discourse about sexual misconduct. Thus we believe that a conference on these key concepts in the ancient world may be especially fruitful at the present moment.

The PhD/ MA Program in Classics at the Graduate Center of the City University of New York invites graduate students in Classics or related fields to submit abstracts of papers that explore the theme of honor and shame in antiquity and beyond. We encourage different approaches, such as philological, literary, historical, sociological, philosophical, feminist, economic, and anthropological.  We hope this conference will address in numerous ways what these interwoven ethical concepts meant to people inhabiting ancient Greece and Rome, as well as the broader Mediterranean.
Possible paper topics may include, but are not limited to:

● Ethics of honor and shame in ancient philosophy
● Anthropological studies of Mediterranean societies
● Interpretation of the Homeric honor code
● Semantics of shame and honor across cultures
● The role of shame in religious, military, and civic contexts
● Honor codes in relation to ancient femininity and masculinity
● Shame and ancient sexuality

Please send an anonymous abstract of approximately 300 words as an email attachment to cunyclassicsconference@gmail.com by January 10, 2020. Please include, in the body of the email, your name, university affiliation, and the title of the presentation. Speakers will have 15 minutes to present. Successful applicants will be notified in early February. Submissions and questions will be received by conference co-chairs Federico Di Pasqua and Victoria Jansson.