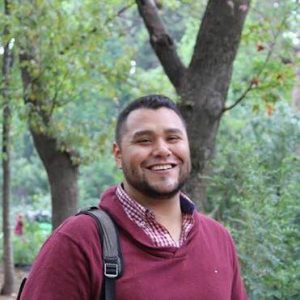 Héctor Agredano is a Geography Instructor at Pasadena City College in Pasadena, CA. He is a doctoral candidate in Earth and Environmental Sciences with a concentration in Geography at The Graduate Center of the City University of New York (CUNY).

He received his BA in Sociology (Honors) from the University of California Santa Cruz in 2008, an MPhil in Geography from The Graduate Center and an Advanced Certificate in GISc from Lehman College, CUNY with a focus on historical GIS. He is a member of the Association of American Geographers, the Conference of Latin Americanist Geographers, the Space-Time Research Collective and the Collective of Critical Transport Scholars.

Through a National Science Foundation Doctoral Dissertation Research Improvement award (#1459108) he conducted research on the role of transportation infrastructures in social change in Mexico City.

Among his hobbies he loves to learn new languages, to study world cultures and to travel. He has several side projects, including an ongoing oral history project for his childhood home Los Yugos, a village in Jalisco, Mexico. Through his research he hopes to contribute to Jalisco’s regional history.