“We Will Not Defer to You, Jamshed”: Deferred Applicants Speak out at the Cooper Union 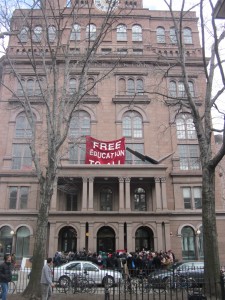 Students at the Cooper Union for the Advancement of Science and Art in New York City unfurled a “Free Education to All” banner from a third story window today as about one hundred students, faculty, and supporters demonstrated below. The event was just one of many in what is an ongoing struggle over whether or not to institute tuition at the historically free university. Many folks involved in the Free University of NYC were there today to show  our solidarity, as we have before and will continue to do until the Cooper Union affirms its historic mission to provide an education that is as “free as air and water.” 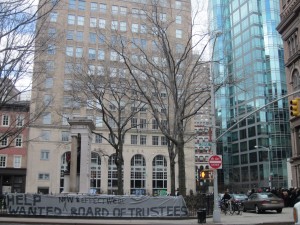 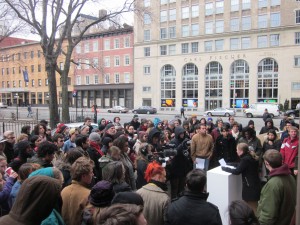 In front of the 1859 Foundation Building, students held a press conference and rally featuring the voices of early decision applicants who were recently deferred admission in what appears to be an act of retaliation against the Art School faculty by the administration for refusing to play along with the college’s bullheaded efforts to charge tuition. 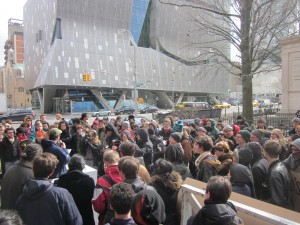 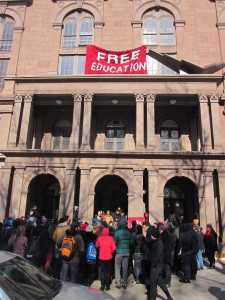